Talk about sizzling hot action on Friday. Now mind you, I’m not saying that having a daily volume of 2.5 million shares traded like last Friday is out of the ordinary for Orko Silver. However, I am saying that this day and 2 others are.
I might even go as far as saying that whoever bought on Friday is the same person who either bought in January 2005 or October 2007 causing a decent run up in the price per share from that moment on.

When I saw that, that’s how my writer’s rant came into being.

Anyways, Friday morning between 10:37 and 10:41 was the moment that someone or uuuh moreones bought some very big blocks of shares. One at 10:38 of about 929K shares and the other one at 10:40 of about 425K shares…while the rest of the day saw a constant action of shares being bought to end the day with a total of about 2.5 million shares changing hands.

And honestly, to find a similar sort of action like last Friday we have to look way back to October 2007. Now, why I say or rather question whether this is the same investor is because hardened investors tend to stick to their guns and if they invested in it once and that made them a buck then they’d be more than willing to return if and when the fundamentals and technicals were just right.
And you bet your… 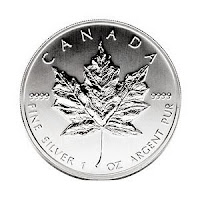 …that those fundamentals and technicals are just right, right where they need to be!

You’ll notice we still have an RSI indicator which resides in the overbought zone, however, I’ll ask you to move your eyes to October 2007, you’ll see that in that rally there was a small pullback together with a dip of the RSI under the 70 before heading back up again and continuing the rally. It was a very speedy consolidation which didn’t take any longer than a few days but did help to act like a slingshot and push the prices further up.

Now, why is this all so important you ask. Well, to me as one who studies charts, technicals and mining in general, I’ll tell you, days, weeks, maybe months from now, other people will be looking at the exact same chart and will see the vested interest at certain points like an 0.95 now or the pivot point around 1.40 and so on and so…based on that these other people will also decide like myself that this thing we call Orko Silver is the next best thing to owning physical silver itself.

There is no bank telling you what to do, there are no fixed prices, no commissions to be paid, only taking place in your very own Silver speed train to sustained gains instead of with a bank to sustained losses. But that is just my opinion and those same opinions may vary amongst my readers and the market in general.

Now, there is always a word of caution to be mentioned here, not about Orko Silver in particular but in general. The moment the bigger buyers start pouring in they tend to have a bigger effect on the price of the stock if they choose to do so. Meaning if we take Orko Silver as example, if that was one buyer and he or she were to dump his or hers shares then that would bring down the stock by something like 0.10 – 0.15

Its a rough estimate – could be more, could be less, depending on how many scary-pants are on the train…or mind you already on the roof of the train if ya know what I mean.

Trust me on this, I’ve seen passengers buying tickets, watching them board the train with their luggage, nothing odd about that you’d say, but after boarding they did not act like normal passengers would. These hmmm how you say,

as I’d like to call them, they don’t just take their seats like ordinary folk, no sir-e, they instead with luggage and all go straight to the roof and start their journey from there. Odd? Haven’t quite figured it out yet but I’m working on it, I’ll be sure to let you know if I’ve got it figured out.

Now, to continue with the big buyer, I don’t really mind cause if he or she were to dump his/her shares again I’d be probably be buying some of them 🙂

But other investors new to the market might get scared easily and can’t always distinguish between a correction or consolidation and a real downtrend and start selling their shares only to come to a later conclusion that they never got the opportunity again to buy in as low as they were selling them.

Come Monday, chart-wise, I’d say we go up, however being a Monday, slow trading day, we might just go sideways and close at 0.95 again. Trend is still upwards.

To another exciting day…take care and prosper!