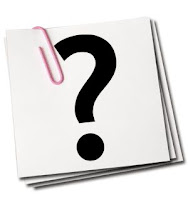 There was and still exists confusion surrounding the details of the Joint Venture with Pan American Silver announced on April 14, 2009. Lingering questions remain regarding the terms of the Joint Venture. In an effort to respond to those questions, we have prepared this Frequently Asked Questions (FAQ). The most commonly asked questions were:

Is Orko giving Pan American a 55% interest in La Preciosa by spending US $16 million?

No. We are of the opinion that the confusion surrounding the News Release can be attributed to its length and lack of clarity in the text of the news release itself. People do have a tendency to focus in on a few facts and key in on them. The text of the April 14th, 2009 News Release stated: “Pan American will contribute its demonstrated mine development expertise, as well as 100% of the funds necessary to develop and construct an operating mine”, not just the $16 million that most people have asked about. The $16 million is an estimate of the costs involved to complete a feasibility study. They do not earn their 55% until they build the mine/mill and we are in commercial production.

The News Release only mentions the 55% and $16 million, why wasn’t a figure for commercial production mentioned?

The other sum, the mine/mill construction, cannot be determined until the feasibility study is completed. One of the principal purposes of a feasibility study is to determine what it will cost to put a mine into production. Therefore there is no way we could state a figure for the mine construction in the News Release as it is not known right now. A 3,000 tonne/day mine could cost an estimated $150 million, a 5,000 t/d mill could cost an estimated $240 million so there is no way we can say what it will cost until the feasibility study determines the mill throughput which then dictates the capital costs. However, we will be releasing what is called a Preliminary Economic Assessment (also known as a Scoping Study) early in the new year which is a preliminary economic study on what could be a possible economic scenario at La Preciosa.

How will commercial production be financed?

Pan American Silver has to finance the construction of the mine/mill and achieve commercial production to earn their 55% regardless of whether it costs $150 Million or $240 million.

Does Pan American have the ability to finance the project to production?

Pan American has the financial capabilities to finance the 3,000 t/d mine construction out of cash on hand without financing should they choose to do so but will like need to get some top up financing for a larger mine operation. They have significant cash flow so should easily be able to do any sort of financing should they need to do so.

If Orko Silver had to say ‘finance $200 million for production’, would it not mean significant dilution to current shareholders?

Yes, if we had to finance production. But with this agreement Pan American carries the entire costs to commercial production and we end up owning 45% of a producing mine without having any further dilution of Orko Silver shares. Yes, we give up 55% but if we would have to finance this to production ourselves, we would have to create a mining team (we are explorationists) and likely have to issue ~250 million more shares plus find a brokerage firm or bank to finance this to production. Given the global credit crisis and how difficult it is right now to get any serious financing done, this is a great deal for Orko Silver shareholders. Will the same financing hurdles be in place in 2-3 years from now when this mine might be ready for a production decision, who knows? By entering into this agreement, we took significant financing and dilution risk off the table for Orko Silver’s shareholders.

On the dilution element, does this mean that present shareholders don’t suffer further dilution beyond the 4 million in new shares for the Pan American private placement?

There should be no more shareholder dilution beyond the 4 million new shares of Orko Silver issued to Pan American in exchange for $5 million. Note that the private placement to Pan American was done at a significant premium to the market. There could be further dilution should the Board of Orko Silver decide to aggressively acquire & explore a new project. We are looking at projects all the time and if we found something that might fit with Orko; we might consider acquiring an additional asset for the benefit of our shareholders. Make no mistake; our focus is still La Preciosa.

With regard to the Private Placement with Pan American, what does “certain anti dilution clauses” mean?

Our deal allows Pan American to maintain their present percentage interest, 3.5%, so if we do a new equity issue such as for the scenario we described above, Pan American can participate in that financing to maintain their 3.5%. This is not a gift; they have to buy their shares at the same price as the issue price.

With Pan American as operator, will there still be regular exploration news and further resource estimates?

One of the concerns shareholders may have is that there will be no news because Pan American is now operator. That is incorrect, we will still be drilling and as such there still will be regular news releases as we are obliged to continue announce the results. However, there may not be exactly the same approach as when we were aggressively drilling. Pan American has two mandates, to complete a feasibility study with infill drilling and secondly to continue the exploration of La Preciosa. That will also mean that there should also be another resource estimate. In the meantime as PAA has been getting very active at La Preciosa, news releases are beginning to flow with the results.

Is the JV covering a
ll Orko property/mineral occurrences/silver deposits or just Martha or just La Preciosa but not Santa Monica and San Juan?

The JV covers all properties including San Juan & Santa Monica. Everything in the current land package is a part of the new joint venture. If we find new deposits in the exploration (which is being fully funded by Pan American), it will benefit us as the amount of ounces will increase and improve the bottom line for both parties.

At this point in time, Pan American will be focused on developing and delivering a feasibility study and then building a mine/mill. Until we get through the feasibility process, we doubt they will need to be aggressive towards us on the chance that the conditions at the time the mine goes into production do not favour a complete takeover. However, two years from now, if we are in a robust economy we would not be surprised if someone makes a friendly move to acquire us. We are hoping that no other company tries to acquire us right now as we strongly believe that are shares are undervalued based on the term of this JV with Pan American, i.e. a full carried interest to production.

What is the cost/consequence to Pan American or Orko Silver if either party wants to leave the Joint Venture?

If Pan American walks before completing a feasibility study, they get nothing. If they have spent the $16 million and deliver a positive feasibility study but decide that the economy at that time doesn’t justify mill construction, they give the property back to us, we owe them $8 million which we can pay out of production proceeds or they get a 1.5% NSR until we pay out the $8 million. If they partly build the mill and walk, all they get back is that $8 million and/or the 1.5%NSR as just discussed. There is no reason Orko Silver would walk, we have a free ride to production so there is no need for us to walk. If our team moves to another project, La Preciosa still continues along and we still have our carried 45% interest.

Yes, Orko Silver will be involved with all the drilling and in particular, the exploration drilling. We have a technical committee in place that directs the exploration. There will be two company representatives from both companies on the committee. Orko Silver will submit a budget to Pan American for exploration drilling and direct all that exploration. Pan American will complete the necessary infill drilling they need to complete their feasibility study. The Orko Silver technical team will continue as is although Pan American has added some additional geologists. Our initial exploration targets will be Martha North, Martha South and Nancy Vein. The results of that drilling will determine where the next round of drilling may take place. We may not actually leave those three areas if the results are good enough.

Now that we can see the ‘light at the end of the tunnel’, when do you expect your first sales of silver? 2012?

We are hopeful for 2012. Pan American has indicated that they plan to aggressively attack this project so they may be in a position to get through the feasibility study step sooner and therefore begin construction earlier. Time will tell on that issue.