After hitting a high of $1226.37 on December the 2th, gold is now hovering around $1115 which is very near the area of where we could find some additional support. Early November from the 10th to the 14th we also held around these prices indicating possible support. Also if you quickly look on the weekly chart you will see that the 10 MA which is around that same level $1100 so varying indicators which could indicate that the $1100 could provide more support than earlier levels.

Looking at the Relative Strength Index shows me gold is getting near oversold. On the chart you will see that on the daily chart gold does not get that far below 30 before turning back up. 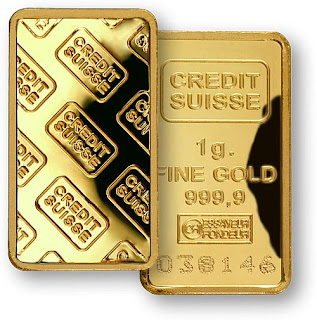 What we thus need to see is the MACD-Histogram cubes slowly decreasing in size and that blue line slowly bending over and crossing above the red line right on the center line. Oh, I’m day-dreaming again I see. Well, that’s what I would like to see happen anyway.

Lets see what the $1100 will provide as support before we continue looking downwards, OK?

Included is the daily chart with the Fibonacci Retracements. We are now sorta hovering around the 38.2 and 50% retracement. The 50.0% stands at around $1125 and is normally the level which traders look at and mostly expect a bounce from. If that breaks there is however still the 38.2% which stands at around that same $1100 level.

On to the weekly then, well, I’m still looking at an extremely bullish chart, though one that is now undergoing a correction. How deep that correction will be all depends on the buyers and the sellers. I can scream and shout to all my hearts intent how I feel gold has consolidated enough and how we are again at a level where we could see additional buyers popping up and such and such….but we will have to let the market decide.

Like you already could read earlier, there is the support from the 10 MA at $1100, there also is the center trend line providing possible additional support. The 30 MA which I’m hoping and guessing we won’t hit stands at $1000.

RSI has now left the overbought zone and gold is at least technically speaking, buy-able again.

MACD then, difficult to tell. Well, there is the blue line which is clearly turning down with a declining MACD-Histogram and with that a narrowing gap. Normally those are bearish but it is just too early to tell what will happen from here.

I think I just might keep on the sidelines for a little while longer. I have a feeling the market’s desire is for this to hit $1100 level before deciding to hopefully bottom out here and continue our leg up.
Just keep a close eye on the dollar, looking back to Friday’s action it would seem there are some very swift and speedy traders out there. Dollar up, gold down. Wham! Like clockwork, right at the very same moment.