The Dollar Consolidates while the Markets recover.

Chart is courtesy of marketclub.
Marketclub – US Dollar Trend Analysis

Here is a short follow up on my most recent article ‘US Dollar Extends Gains‘ written on December the 22nd. In that article I summarized the following :

To summarize, short term, yes we are in an UP trend, the chart confirms that. However, RSI has reached overbought. MACD is trending higher but with choppy performance. We are trading farther and farther away from the 30 and 50 MA so a consolidation is getting more and more likely to happen from here.

Mr. market was soon to follow this advice cause December 23 was the start of the consolidation/correction for the dollar after extending its gains from a low of 74.356 on December 2 to a high of 78.449 on December the 22nd.

As of writing the dollar is trading at 77.388 and is thus already trading below the 10 MA. December 27 saw us crossing below the rising trend line indicating that the steam is out of this kettle for sure!

Looking at the chart and all indicators I reckon looking up from here is wishful for those who are long dollar but not very realistic. Down is where I would look. Short term and long term. Market manipulation excluded then cause I am no match for that.

I say manipulation because if you have a look at the charts from Early December and in particular December the 2nd. The dollar starts to rise and right at that time gold starts to drops. Now, OK, I can understand all the dollar/gold relation and safe haven and such…

…but what I do not get is why even after having such a crisis, after knowing what the dollar is worth now or actually ISN’T worth after the stimulus packages, TARP, FED printing presses, Bank bailouts, Company bailouts,…investors are still buying dollars. So…who are these very first buyers driving up the price and starting this Christmas rally in the dollar?

This is no rally based on valid fundamentals. NO Sirree!

So, let me see if I understand Mr. Market? Ok? 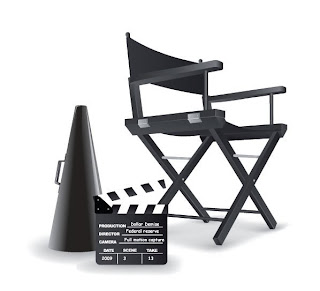 So, because the Euro takes a beating, the dollar who for months has had the leading role in our documentary as being the biggest decliner now steps aside and lets the euro play leading role for a while?

Hm? What does not sound right in this motion picture?

This sounds to me like too much artistic freedom on behalf of the director of this documentary. My original remarks remain, unless the dollar succeeds to AND close above 80.00 and STAY above 80.00 the dollar is in my books at least very much in a downward trend.

Chart is courtesy of marketclub.
Marketclub – US Dollar Trend Analysis

Weekly then, well this hasn’t improved much. I’m still not swayed, not even by the rally we had since the start of December. It is still too insignificant a move to even be treated as such. For me, I would stay far far far away from any long positions in the dollar for the moment.

From the MACD indicator we can see this is still clearly trending below the center line and thus still bearish as indicator. Histogram is also declining.

The ADX or Average Directional Indicator is in some sort of limbo on the weekly chart? Don’t know if this is a chart bug or if the -DI and the +DI just happen to run parallel for the last couple of days.

Maybe it is forming a wishing rod and hoping then to break it in the right place and have their wish come true? Who knows?
Maybe even a dowsing rod? Searching for water? No,..must be an oil dowsing rod then.

Anyway, until this market takes direction again ADX is probably not a good indicator here on the weekly besides than the fact that we see that there is some sort of sideways action to expect perhaps.

Long term like I said, until we clearly break above 80.00 I consider the trend which was downwards still very much intact. Despite the short rally.

I don’t know how many more lessons Mr.Market needs but sooner or later this dollar/gold relation will be gone and out the door for GOOD!

The Dollar’s Demise and Gold’s Resurrection