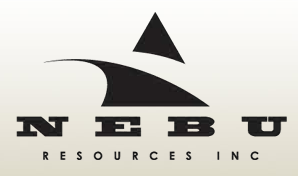 In December 2009 the company completed the acquisition of a group of claims (initially known as the North Denton Extension) resulting in a significant expansion of the Company’s land holdings. In addition, the Company recently increased its interest to 100%, in its entire North Denton holdings, when the optionor converted its 10% interest to a 1% Net Smelter Return.

The vein or veins appear to have been intersected in all of the recently completed drill holes with the highlights from recent assay data including the results from drill hole DE-09-26 that include core length intervals of 1.5 metres assaying 1.85 g/t and 2.6 metres averaging 3.03 g/t in the vein zone and a deeper intersection averaging 17.18 g/t over a core length of 3.2metres near the contact of the diorite intrusion.

While the latter intersection is deeper, it should be noted that this intersection is still less than 120 metres below surface, whereas much of Lakeshore Gold’s recent success has resulted from drilling holes to depths of more than 700 metres vertically.

Also on the North Denton Property, the Company completed two drill holes at the Fred’s pit area where historic mining of roughly 1000 tons of ore averaged 0.14 ounces per ton gold to a depth of only a few metres. Drill hole DE-09-11 drilled at -45 degrees intersected the gold mineralized zone 35 metres from surface, assaying 4.87 g/t gold over a core length of 1.3 metres while drill hole DE-09-12 drilled from the same setup at a -65 degrees intersected the same zone at a vertical depth of 90 metres and assayed 1.36 g/t over a 1.5 metre core length. The zone remains open to further expansion along strike and to depth.

On the eastern part of the property, the Company completed 10 drill holes testing areas of strong quartz carbonate tourmaline and sulphide mineralization in an area approximately 300 metres by 200 metres. All holes intersected areas of strong alteration comprised of carbonate, silicification, and quartz ankerite tourmaline veining as well as sulphide mineralization consisting of pyrrhotite, pyrite and minor chalcopyrite. While anomalous gold results were encountered, no economic values were encountered in the initial drilling.

Brian Murray, President and CEO commented: “We continue to be very encouraged by the latest results, particularly given the grass roots exploratory nature of our program and the near surface depths at which we are drilling. We are continuing our drill program with both drill rigs in operation for the foreseeable future.”

The company reports has now completed preliminary exploration programs on its 100% owned South Denton Property, which covers more than 2 kilometres of the interpreted location of the regionally extensive and extremely important Destor Porcupine Fault. Most of the gold mineralization in the Timmins gold camp is located proximal to this important structural feature. No drilling has ever been completed on the largely overburden covered property although drilling to the north of the property boundary on land now held by Lakeshore Gold Mines Inc. intersected gold mineralization at a number of locations including in proximity to the mutual property boundary.

Work by the Company included line cutting, geological mapping, magnetic and induced polarization (IP) surveying. These programs successfully outlined favourable rock types for gold mineralization, strong shearing and alteration in proximity to buried IP anomalies that may be caused by the presence of increased sulphide concentrations, not uncommon to zones of significant gold mineralization and similar to the signature of the gold mineralization identified on the Lakeshore Gold property just to the north.

A number of significant targets have been identified and drill testing of these features is the only way to properly test their potential to host gold mineralization. The Company intends to initiate drill testing of the high priority targets on the property later in the month with at least six holes planned in widely spaced areas of the property.

Assay results reported by the Company are from halved drill core samples collected from diamond drill holes recently completed by contractors to the Company. Core samples were collected by consultants in the employ of the Company and are subject to the Company’s quality control program. Sampling was conducted in Timmins, Ontario and sealed samples were transported to Swastika Labs preparation facilities in Swastika, Ontario. Samples are regularly assayed for gold by standard fire assay- ICP finish with a 30 gram charge.

For quality control purposes, blank, duplicate and reference standards were inserted into the sample stream at irregular intervals.

No determination of the true width of the mineralized quartz vein system has been possible at this early stage of the drilling.

Nebu is a junior exploration company now focused on gold exploration projects in Ontario. It also has an interest in several gold properties in the west Timmins area, and also in the Burntbush area of Ontario. Nebu currently has 50,819,116 common shares issued and outstanding.

The TSX Venture Exchange has not reviewed and does not accept responsibility for the adequacy or accuracy of this press release.

Click here to see all recent news from this company